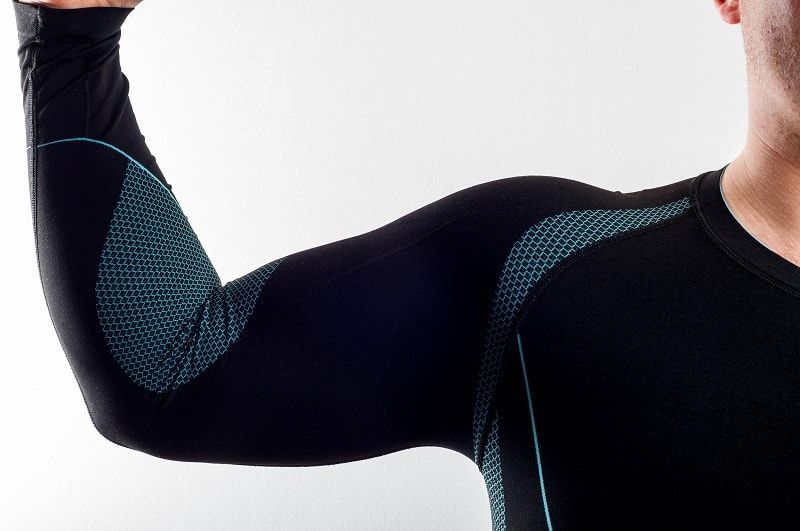 Think your method of testing bodyfat is accurate? You’ll be surprised to learn the fat-finding facts. You’re dieting and exercising, but the numbers on the scale aren’t budging. And forget those height/weight tables based on body mass index, or BMI -they don’t distinguish muscle from fat, and are therefore useless for us athletic types. So how can you tell whether your program is working? The key, Essay Lab experts say, is keeping track of how much bodyfat you’ve lost instead of relying on the bathroom scale. Yet so many ways to estimate bodyfat exist that even some scientists are confused. We weigh in with a few tips to make the most of skinfold-caliper testing, and explain the limitations of digital scales and handheld devices that provide a digital readout of your bodyfat percentage. We also give you the skinny on such increasingly popular high-tech options as the Bod Pod, DEXA and other methods available at hospitals and universities. Knowing the pluses and minuses of each approach can help you avoid the scams and find out what you’re really made of.

At present, the most precise technique -combined with minimum risk, non-invasiveness and relatively small cost- appears to be dual energy X-ray absorptiometry (DEXA). In fact, Alan Martin, PhD, professor of human kinetics at the University of British Columbia in Vancouver, British Columbia, Canada, recommends it for the general consumer, as a DEXA screen can cost as little as $60-$70 and, unlike densitometry, takes into account your bone mass. DEXA is available at many hospitals and health centers.

It gives you a chemical breakdown of your body’s contents -lipid (fat), bone mineral and so on, and uses these data to estimate how much fat vs. muscle you have.

Underwater Weighing Before DEXA and magnetic resonance imaging (MRI), the gold standard for body-composition testing was underwater weighing. The problem is, this doesn’t measure bodyfat, only body density, which is why it’s called densitometry. While the density of your body is usually a good measure of how much fat mass you have relative to lean body mass -fat floats, lean mass sinks- it isn’t 100% reliable. Fat is just fat, but lean body mass is made up of both muscle and bone, with bone being denser than muscle.

That’s fine if you’re a non-elderly Caucasian person with a predictable amount of muscle relative to bone. But if you’re older and have less bone weighing you down than expected due to osteoporosis, densitometry will overestimate your bodyfat percentage – you sink less than expected. The same happens to women who work out, though for a different reason. A study reported in the American Journal of Clinical Nutrition found it to be the method best able to detect gains in muscle due to bodybuilding training in a group of 20 women ages 50-70 years. Because some women athletes have a surprisingly large amount of muscle relative to bone, their “lean” isn’t as dense as expected, and percentage bodyfat is exaggerated.

On the other hand, densitometry underestimates percentage bodyfat in African-American women because they tend to have denser bones than the equations assume. Male African-American athletes often have negative percentage bodyfat as far as densitometry is concerned (which, of course, is impossible!) unless a special equation is used. Since all other bodyfat methods -including skinfold caliper and bioelectrical impedance analysis (BIA)- are calibrated to underwater weighing, they all suffer from the same problems.

Even so, as long as you aren’t hung up on knowing what your exact percentage of bodyfat is, these methods are useful in helping you track your progress by comparing to previous results.

For example, if densitometry shows that your 200-pound African-American boyfriend goes from 2% bodyfat to -1% bodyfat while staying at 200 pounds, you can figure he has lost about 3% bodyfat, or 6 pounds of fat, even though you have no idea what his exact bodyfat percentage is other than the fact that he’s obviously lean. Some universities and hospitals provide this specialized service, in which you’re dunked in a vat while expelling air from your lungs.

One device that’s gaining popularity is a giant Mork-from-Ork egglike contraption called the Bod Pod. Says Paul Molé, PhD, professor in the department of exercise science at the University of California, Davis: “We found that the Bod Pod gives the same results as underwater weighing. Like underwater weighing, it determines the amount of bodyfat by using body density (weight and volume of the body). The amount of air displaced by your body -your volume in liters- is estimated by changes in air pressure within the Bod Pod.”

While the Bod Pod has all the same limitations as underwater weighing because it also uses density, it’s almost unbeatable for accurately measuring changes in fat over time.

Since it’s somewhat more portable than an underwater weighing tank (a Bod Pod can be set up in a gym for a day), it tends to be an accessible method of body-composition measurement. If a health club in your area rents one, it’s a great way to go -so much faster and more comfortable than underwater weighing. Just make sure you compare your results with previous estimates using the same method.

If you go with the method of bodyfat testing most popular at the gym, Martin stresses the importance of knowing what you’re measuring -especially where body composition is concerned. “As with all other methods that claim to estimate percentage of bodyfat, skinfold-caliper equations have yet to be validated against any reliable measure of true body fatness. As they’re used today, skinfold equations only predict body density as estimated by underwater weighing–not in itself a very reliable estimate of percentage fat,” he says. “However, because skinfolds can detect gain or loss of fat in the same individual over time, they’re a useful gauge of how well a diet and exercise program is working”.

For best results, choose a reliable brand. Martin points out that most skinfold research data were compiled using $400 Harpenden calipers accurate to within 0.2 mm, although more affordable brands like Lange, The Body Caliper and SlimGuide (in order of expense) are also acceptable. Avoid brands made of bendable plastic and learn the technique. Martin explains: “Since skinfolds vary tremendously depending on where you take the measurement, it’s important to be consistent and measure exactly the same spot each time. Even half an inch off can make a significant difference for suprailiac [waist] measurements, for example.”

Skinfold calipers measure fat only under the skin (subcutaneous fat), not deep fat such as that found within muscle.

As a result, these equations must try to estimate total bodyfat based on measurements of surface fat alone. That gets complicated as you get older, when you tend to carry a greater proportion of your total fat deep within muscle and other tissues. As a result, a 25 mm skinfold sum (using the SlimGuide or Body Caliper method) can mean 16.8% total bodyfat if a woman is in her 20s, or it can mean 22.2% total bodyfat if she’s in her 40s. To avoid underestimating total bodyfat in older women, use a skinfold equation that takes age into account.

High-tech bathroom scales and handheld devices that use BIA run a tiny current through your body to estimate bodyfat. Because muscle conducts and fat insulates, electrical resistance is used to estimate bodyfat percentage. Unlike skinfold methods, BIA is “rigged” in that it uses low-tech input provided by you to make the electrical part seem more accurate than it is. Richard Pierson Jr., MD, professor of clinical medicine at St. Luke’s-Roosevelt Hospital, Columbia University, New York, states: “BIA measures allow for height, weight, gender, and sometimes activity level and age to be written into the equation. These by themselves give a pretty good estimate of fatness. The question then becomes, `What does the BIA add?’ With everything except the BIA, the error for predicting fat is about plus or minus 13%. With BIA, that’s reduced to plus or minus 10% or 9%, at best”.

BIA is best used to estimate changes over time. Says Pierson, “I believe that measuring BIA serially would do much better than skinfolds to track short-term changes, since it takes many weeks/ months for skinfolds to change, while visceral fat (having more blood supply) will turn over faster and cannot be estimated by skinfolds.” Besides, it’s easier to use one of the BIA devices than to have someone conduct a skinfold test on you.

Uneven fat distribution (for example, hip fat vs. arm fat) may further hurt BIA accuracy, as handheld BIA devices only assess the upper body, BIA scales only assess the legs and neither looks at core bodyfat. Additionally, the fitter you are, the less accurate the test.

Some BIA devices have an “athlete” setting that helps overcome this problem; without it, results can be misleading.

Skinfold measures give a better idea of fat distribution (hips vs. triceps, and so on) and of fat under the skin, which is the most noticeable kind. As with other methods, Pierson and Martin agree that BIA isn’t reliable for determining actual percentage of bodyfat or who is fatter than whom, but it can be used to check for changes over time in the same group of people.

To make the most of your BIA device, avoid dehydration and follow these guidelines before the test:

MRI, also called nuclear magnetic resonance, is great, but too expensive for most people ($250 or so a scan). It takes cross-sectional scans of your body and uses muscle and fat areas to predict percentage of fatness.

A number of old methods used arm, waist and other bodypart circumferences to estimate fatness. Today, circumference might be a more useful risk predictor of heart disease and diabetes. The most famous circumference measure is the waist-hip ratio, which measures fat distribution, not bodyfat percentage. Apparently, those people who have more abdominal fat, known as “apples,” are at greater risk for disease than “pears” who have more hip fat. Women with a waist-to-hip ratio greater than 0.8 may be at greater risk for disease.

Indeed, the consensus among scientists and government health agencies alike is that near-infrared reactance isn’t reliable and shouldn’t be used.

While it’s tough to know what your real percentage bodyfat is, tracking it with the latest methods is a great way to learn how you’re doing in the war against flab.

Because it takes time to lose fat –you should lose no more than 2 pounds a week– you should conduct bodyfat measurements no more than once every two weeks. Track your results, but remember to stick with the same measurement tool, or your numbers might vary widely.

I'm an academic writer at EssayLab. It's a great service that provides write proficient school essay help for people of all school star. Our objective is to simpleness your high school studies and give everyone a possibility to flourishing without having excess strain.