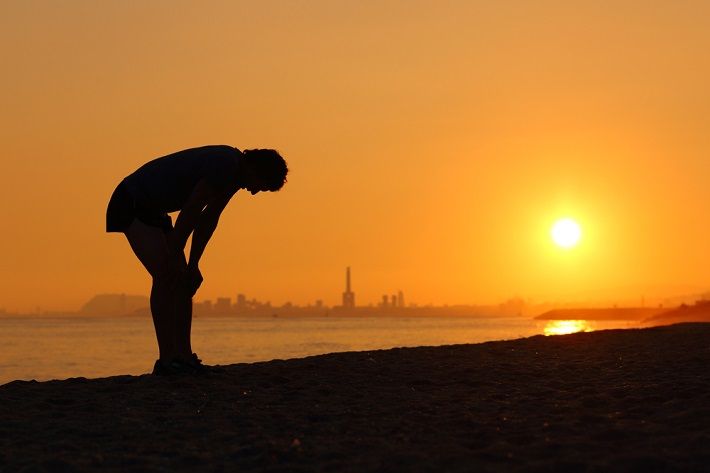 “During my career I lost 9000 shots and I left the court with my head bowed because we had lost with an embarrassing result over 300 times. I missed the most critical – the last ball of the match twenty-six times. The fact that I’ve failed so many times is my biggest achievement”. The above words don’t belong to some random athlete, but to one of the greatest basketball players in the world – Michael Jordan- and they highlight the significance of the defeat for a career in sports and maximize the performance of an athlete.

In all sports there are hundreds of cases of very high-level athletes who were supposed to be in a competition which eventually ended up in disaster.

The failure and defeat if treated as a learning process and used as a way of self-improvement and maturity, it is certain that it may lead to only positive results for the  athlete’s progress. There are countless times when athletes have been so bitterly disappointed by a bad result that they have reached the point to quit the sport because they feel powerless and helpless to support their talent and all their efforts.

Recovering after a painful defeat or after a bad match result is a state called mental resilience in Sports Psychology and it focuses on:

The athlete must be familiar with the causes that led him to his defeat. This is the only way in order not to repeat the same mistakes and to be able to use the circumstances that led him to the ugly result to his advantage. The attribution of defeat to ‘ bad luck ‘or  ‘ bad day ‘ in sports or external factors such as the referee, the weather or Mercury retrograde is way far from rationalization and serious sports practice.

In order to convert defeat into positive feedback for you and use it to your benefit you should follow the advice below: