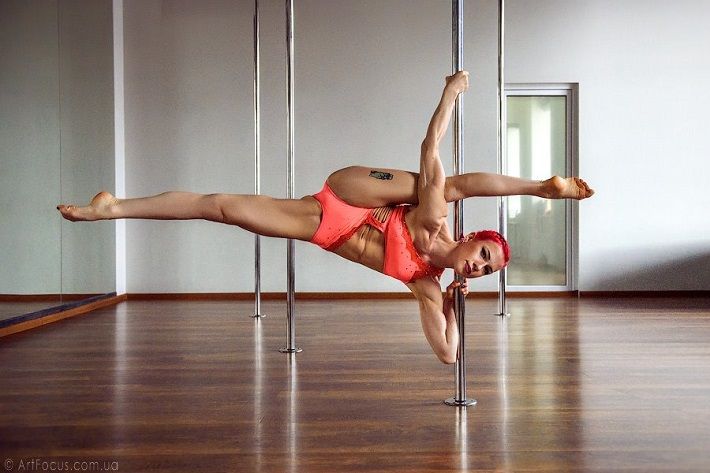 I was born in Donetsk in Ukraine.I gratuated from Ended Donetsk Medical University.In 2010 started practicing pole dance and opened my own Pole Studio in Ukraine in this year.Organizer of National Pole Dance & Sport Championship in Ukraine 2012 -2014,Pole Shows,Competitions,Ukrainian Pole Camp.In 2014 i closed my studio because of war. In 2015 I moved to Slovakia and opened SYNIACHENKO STAR STUDIO.

The creator of instruction course of Pole Sport

Owner and main trainer at the Syniachenko Studio

Desgner and owner of the line of sport wear Syniachenko Brand