Why I lost? Most athletes or performers will ask themselves at least ones in their lifetime, why they lost a competition. One of the most important elements that an athlete or performer should have in order to improve and maximize his / her athletic performance is perception and critical thinking.

In other words to be able to understand where the result of the match or the competition can be attributed to, whether it was won or lost.

Why I lost? Interpreting the competition

In a group, if we ask if all 12 players, where can you attribute the victory or defeat of their team, you will hear 3-4 different answers for “performance reasons.”

A typical example is the following:

When the players of the team that lost were asked about the causes of the defeat the following different answers were given:

“It was bad refereeing”
“The course and the weather conditions were not appropriate”
“Our good player was injured and was unable to help the team”
“We were having a bad day”
“We were not good”
“We played well but the others were better.”

It is generally accepted that our understanding of the causes that led to the result of a match greatly influence our actions, our feelings, the way we operate, our confidence and our motivation for the competition and for sports in general.

In the previous example, the first 3 answers virtually transferred the “problem” of defeat to external and uncontrollable (by the athletes) factors. Such answers bring about both positive and negative impacts.

Specifically, we would say that they have an advantage as the athletes’ unconscious behavior shows that it protects the “I” and their self-esteem.

Moreover, since the causes of the defeat are external there is an expectation that the situation may change in the next race and thereby this creates new incentives for the next race which allows failure to be overcome much more easily.

On the other hand, if this tactic and the same causes are constantly attributed to the failure, athletes will not try to rectify the situation and learn from their mistakes and they will not try and improve them and finally, they do not learn to accept defeat and the superiority of opponents. It is possible that they are always looking for an excuse to justify the result.

Many times what an athlete calls luck someone else calling capability.

E.G. a tennis player who succeeds in four consecutive games to turn around the 40-0 result, pay be, by his / her opponent be considered lucky whilst he/she can consider himself/herself a capable and superior player.

In Sports Psychology the term “Internal control” refers to the ability of an individual to believe that they are personally responsible for what is happening and that the behavior can affect the outcome. This specific thinking method is the main component for the maximization of the performance of an athlete/performer.

The various theories about the causes of a specific performance in sports which had initially developed had shortcomings and gaps until the final theory was formed whereby added was to the already existing origin of control or otherwise causal origin -the term controllability.

Research shows that the most appropriate approach is to attribute the result both internal and controllable factors (stable or unstable).

Internal as I must be responsible for the results. The recognition that the success is mine is in a psychological sense preferable than to attribute success to an external factor.

Painful but also preferable is to accept responsibility even if I fail because that way I can improve and become better.

Controllable and stable when it comes to a winning so that I may believe that I can repeat the result and have the abilities and skills so that the next time I will be awarded victory again.

Controllable and unstable when it comes to defeating so that I can believe that my attempt failed due to factors that can be changed by my behavior and my improvement and are not set in stone.

Aerial acrobatics and the Pole Dancing are indistinguishable from other types of competition and the feelings experienced by the athlete/performer when he/she are called upon to do what they need to do. 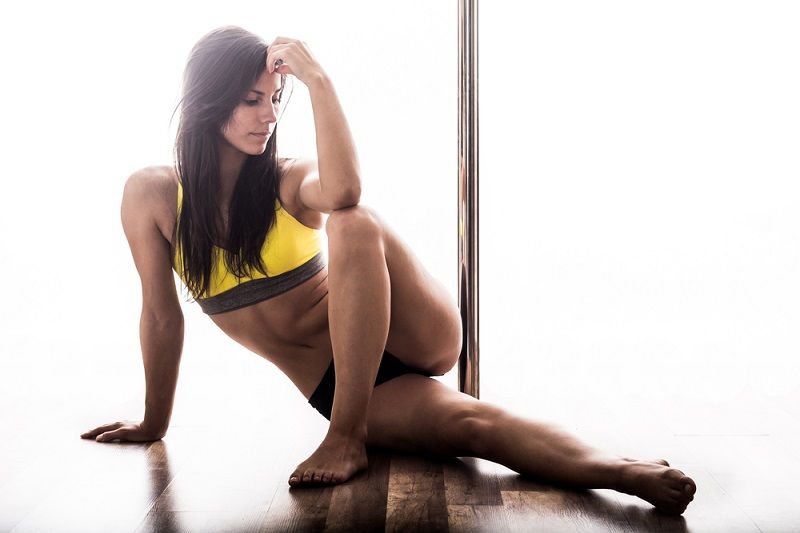 A good competitive appearance should give me the confidence and the ability to act and to conquer via efforts I have made and a bad appearance must motivate me in improving. The fact that certain sports do not have the ability to provide instructions (by the instructor – trainer – coach) during the execution, but only before or after creates a high degree of individual responsibility. Therefore, it may be more of an immediate need to attributed the correct causes to a win or a defeat each time.