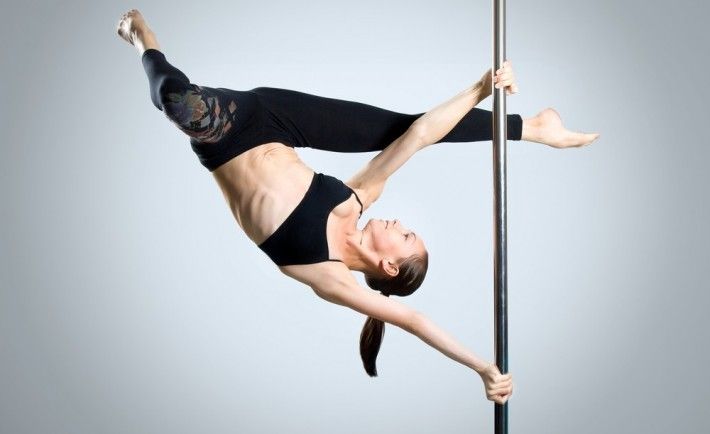 Nowadays, most people are aware of the modern version of Pole Dancing as an effective way of exercising.

Have you ever thought about its origins?

Pole Dancing has been a part of various cultures throughout history and there isn’t a distinguishable point in history to define its origins.

A.It was an exotic dance in Africa in medieval Europe

According to some theories, the roots of pole dancing lie in the dances of various African tribes. It is said that, in some African tribes, the future wife had to dance on a wooden pole by reenacting the act of sexual intercourse for her husband’s pleasure.

Another possible origin is from medieval Europe, where the dancers used the wooden pole to attract the opposite sex!

B.Mallakhamb – A type of Indian sport

It is obvious that the dances mentioned above were rituals regarding sexual intercourse and seduction. However, these dances do not apply in every case. Mallakhamb was a traditional, Indian dance in which athletes perform acrobatic moves with the use of a wide, wooden pole with a wooden edge. They used this method to train just like all pole dancers do today even though Mallakhamb was intended for male athletes.

Climbing on a pole is one of the main traditional performances in China. They can be dated back 1000 years ago. Chinese shows on poles were performed by male athletes with the use of two, 6-metre-high poles. Just as in Mallakhamb, pole climbing required immense strength and excellent balance.

[bctt tweet=”Climbing on a pole is one of the main traditional performances in China.” username=””]

Pole dancing was influenced by Paganism and Roman rituals in the western world. The most famous is the Maypole and it is dated back to the 12th century. The pole was decorated with flowers and girls used to dance around it. Actually, it was a pagan , fertility ritual (thus the phallic shape of the pole).

During the Great Depression in the USA (the 1920s), pole dancing started catching up in circuses, in the form of sensual choreographies (Hoochie Coochie). The female dancers used to dance on the poles which supported the circus stage. Those specific dances became so popular that around the ‘50s, they became the core of Burlesque and cabaret scene. From then on, pole dancing will be associated with sensual dancing and striptease.

[bctt tweet=”Pole Dancing started catching up in circuses, in the form of sensual choreographies.” username=””]

1980: Since 1980 striptease and lap dance techniques were incorporated into pole dancing choreographies making them wildly popular in Canada and the USA.

1994: Fawnia Mondey was hired as a dancer in Exotic Dance in Canada and she immediately focuses on how to combine sensual and sports moves, making pole dancing what it is today.

After some months, Fawnia established her own Exotic dancing school. She is considered a pioneer in Pole Dancing. She was the first to present the first DVD about learning the art of Pole Dancing.

Nowadays there are many organizations which hold pole dancing competitions which are wildly popular and it has also been suggested that pole dancing should be included in the Olympic Games.